Mogadishu, 25 November 2022 – At the start of the global 16 Days of Activism against Gender-Based Violence, the United Nations in Somalia calls for a redoubling of efforts to prevent and address violence against women and girls.

“The ongoing humanitarian crisis and conflict in Somalia have displaced large populations and put women and girls at greater risk of violence, including sexual violence. Gender-based violence and conflict-related sexual violence severely impact on the right to life, livelihoods and dignity of women and girls,” said the Officer-in-Charge of the United Nations Assistance Mission in Somalia, Anita Kiki Gbeho.

The theme of this year’s campaign –‘ UNiTE! Activism To End Violence Against Women & Girls!’ – highlights the urgent need to come together and prevent violence against women and girls.

Ending discrimination on all grounds, including gender, is stipulated in Somalia’s Provisional Constitution of 2012. The United Nations in Somalia urges Parliament to adopt the Sexual Offences Bill (2018), which will offer greater protection of the victims of sexual violence across the country.

The annual 16 Days of Activism against Gender-Based Violence campaign, which runs from 25 November, the International Day for the Elimination of Violence against Women, to 10 December, Human Rights Day, is a reminder of the unfinished work to realize gender equality, peace, and security for all, in every sphere of life, including in public and political spheres.

During the 16 Days campaign, the UN will join hands with the Somali government and civil society organisations in advocacy and awareness-raising activities to address violence against women and girls. 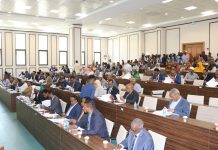 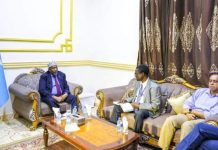 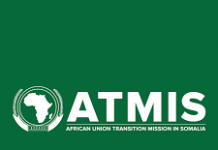